Calcium Supplements May Not Strengthen Bones In Women Under 80, Study Finds. 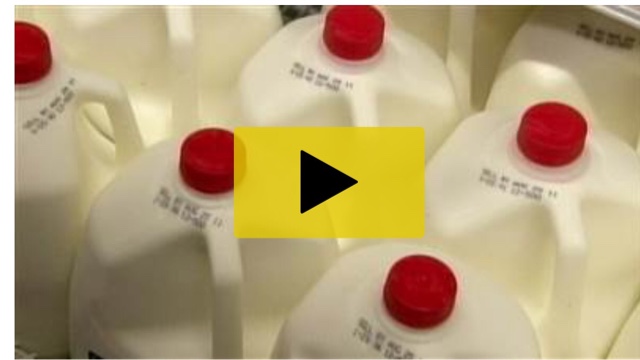 Correspondent Rehema Ellis reported on NBC Nightly News (9/29, story 7, 2:15, Holt) that investigators “concluded that most people over 50 won’t get stronger bones if they increase their calcium intake.” The findings were published in the British Medical Journal.

Meanwhile, NBC News (9/30) reports on its website that the “extra calcium doesn’t go to strengthen bones but instead can build up in the arteries, causing heart disease, or in the kidneys, causing kidney stones.”

TIME (9/30, Sifferlin) reports the results from the meta-analysis “suggest that clinicians, advocacy organizations and health policymakers should not recommend increasing calcium intake for fracture prevention either with calcium supplements or through dietary sources,” the New Zealand researchers wrote. TIME adds that the “new results also fall in line with the guidance provided by the United States Preventative Services Task Force in 2013,” which, based on the evidence available, ultimately concluded that “post-menopausal women should not take daily supplements.”

The New York Times (9/18, B2, Pollack, Subscription Publication) reports that “for the first time, a widely used modern diabetes” medication “has been shown to reduce deaths from cardiovascular disease, a long-sought goal of treatment, researchers announced” yesterday. The research(9/18) was presented at the annual meeting of the European Association for the Study of Diabetes and published in The New England Journal of Medicine.

On its website, NBC News (9/17) reports that the medication, “called Jardiance [empagliflozin], lowered heart disease deaths by 38 percent and deaths from any cause by 32 percent over three years.”

The AP (9/18, Johnson) reports that the findings “were particularly striking because nearly four-fifths of the participants were already taking standard medicines to control blood sugar, blood pressure and cholesterol, plus taking either Jardiance or a” placebo.

CDC Says Flu Vaccine May Be More Effective This Year.

The CBS Evening News (9/17, story 12, 1:45, Pelley) reported that this year’s influenza vaccine may be more effective than last year’s. According to Dr. Jon Lapook, “Last year, the vaccine was only 23 percent effective because the predominant strain mutated after the vaccine had already been manufactured.” CDC “officials say this year’s flu vaccine is well-matched right now to circulating viruses.”

The Los Angeles Times (9/18, Kaplan) reports that this year, “flu watchdogs at the CDC have scrutinized 199 flu specimens collected in the United States and elsewhere between May 24 and Sept. 5.” They found that “the majority of those specimens – 118 of them – were H3N2 viruses, and all of them were built in a way that should make them vulnerable to this year’s vaccines.”

McClatchy (9/18, Mueller) reports that “by including components of H3N2 in this season’s flu vaccine, health care professionals hope to raise vaccine effectiveness against predominant strains back up to the 50 to 60 percent range.”

The AP (9/18, Neergaard) reports that, “all told, at least 171 million doses of flu vaccine are expected this year.” Meanwhile, Dr. Tom Frieden, director of the Centers for Disease Control and Prevention, said “it doesn’t matter which flu vaccine you get, just get one.”

Guidelines For Chronic Kidney Disease Diagnosis Cause Debate Among Physicians. The New York Times (9/15, Span, Subscription Publication) reports that the guidelines for the diagnosis of chronic kidney disease are causing debate among physicians, with some arguing “that the guidelines should be recalibrated by age.” Authors of a recent viewpoint article in JAMA “propose that in people older than 65, the diagnosis should require a G.F.R. [glomerular filtration rate] reading less than 45,” as opposed to the current reading of 60, which they estimate will reduce “a third to half of the chronic kidney disease diagnosed.” Authors of an opposing viewpoint article, however, “warned against changing the guidelines,” saying that people need to know that they have low GFR levels in order to “take some steps to reduce the risk of eventual kidney failure, even if that’s already extremely low.”
Posted by Unknown at 9:57 AM No comments:

In a 1,200-word story on its front page, the New York Times(9/12, A1, Kolata, Subscription Publication) reported that in the study, researchers “randomly assigned more than 9,300 men and women ages 50 and over who were at high risk of heart disease or had kidney disease to one of two systolic blood pressure targets: less than 120 millimeters of mercury, which is lower than any guideline ever suggested, or less than 140.” The researchers “found that patients who were assigned to reach a systolic blood pressure goal below 120 — far lower than current guidelines of 140, and 150 for people over 60 — had their risk of heart attacks, heart failure and strokes reduced by a third and their risk of death reduced by nearly a quarter.”

The AP (9/12, Neergaard) reported that “the benefit was strong enough that NIH stopped the study about a year early.”

The Wall Street Journal (9/12, A1, Armao, Whalen, Subscription Publication) reported on its front page that during a conference call during which the findings were announced, Dr. Gary H. Gibbons, director of the National Heart, Lung and Blood Institute, said, “More intensive management of high blood pressure in people 50 years and older can save lives and reduce cardiovascular complications, such as heart attacks.” Gibbons added, “This new important information has the potential to benefit a portion of the estimated one in three adults in the United States who suffer from high blood pressure, as well as millions of others worldwide.”

On its front page, the Washington Post (9/12, A1, Bernstein) points out that “the NHBLI was the primary sponsor of the” research. In a statement, Dr. Gibbons said, “This study provides potentially lifesaving information that will be useful to health care providers as they consider the best treatment options for some of their patients, particularly those over the age of 50.”

USA Today (9/12, Szabo) reported, however, that “NIH researchers did not provide any details about how many lives were saved or the side effects of lowering blood pressure so dramatically.”

Posted by Unknown at 4:33 PM No comments:

More patients would be eligible for metformin use if estimated glomerular filtration rate (eGFR) were used to define kidney disease rather than serum creatinine (sCr), a recent study concluded.

Researchers used data from the 1999 to 2010 National Health and Nutrition Examination Survey (NHANES) to analyze 3,902 adult participants with diabetes (defined by self-report or an HbA1c ≥6.5%) who reported a routine site for health care. Results were published online on Aug. 25 by Diabetes Care.

Among NHANES adults with diabetes and routine care access, 8.8% were ineligible for metformin because of the FDA's contraindication among individuals with sCr ≥1.4 mg/dL for women and ≥1.5 mg/dL for men. Compared with those who were eligible for the drug, those ineligible were older and more likely to be non-Hispanic black or to have a yearly family income less than $45,000.

Based on these results, just by adding those for whom metformin is safe according to eGFR criteria, the researchers estimated the number of individuals eligible for metformin in the U.S. can be expanded by between 86,900 and 834,800 people, depending on which method is used to estimate GFR. Most of the potentially eligible patients are male and non-Hispanic blacks. This figure does not take into account the population with eGFR of indeterminate safety (30 to 44 mL/min/1.73 m2), which could range from 784,700 to 1,636,000 people. A randomized controlled trial is needed to clarify whether metformin use in this subgroup would be safe and efficacious, the authors noted.

Limitations of the study are that NHANES is not a clinical database, although the researchers restricted the study population to those who self-reported a routine site for health care. They also noted that they could not determine the reasoning behind low levels of metformin use, which could include non-renal clinical conditions that contraindicate the use of metformin, such as liver disease.

Posted by Unknown at 9:56 AM No comments: